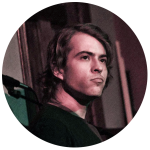 Dylan has studied drums and percussion at both Towson University in Maryland and the University of the Arts in Philadelphia. He has performed with dozens of singers, songwriter and bands up and down the East Coast. Equally at home in funk groups, jazz combos, marching bands, Brazilian percussion ensembles or gritty rock trios, Dylan strives to prepare his students to be well-rounded with a strong emphasis on groove and fundamentals. He has performed at major venues such as World Cafe Live, Johnny Brenda’s, Union Transfer, Slim’s in San Francisco and Washington DC’s 9:30 Club just to name a few, and performed on-air at the likes Sirius XM, WXPN and WMMR. Dylan has played drums on nearly 20 records and can be heard on iTunes, Spotify, Pandora and even the Rock Band video games. He is currently preparing to begin his Master’s in Music and is always busy performing, recording and writing with his rock band, Shark Tape. 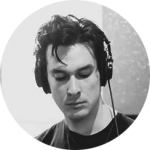 Travis has been playing and performing in and around the Philadelphia area for going on 12 years. His playing and songwriting can be heard on radio stations across the country and as of recently, internationally. His teaching experience reaches all across the spectrum from pre-K group classes to senior citizens and just about everything in between. Travis loves to pass on his knowledge and enthusiasm for music and musical instruments and custom tailors his instrument lessons to best suit the interests of each individual student.

Stephen is a Philadelphia-based touring musician. His band, Shark Tape, is regularly played on 88.5 WXPN and was listed as one of the Top 10 Emerging Acts by the Philadelphia Inquirer. The band released a new album, Marathon, in December of 2014. One of the songs on the album, Bronco, is currently a finalist in the John Lennon International Songwriting Competition. Stephen received a BA in Fine Arts from St. Joseph’s University in 2009. He teaches voice, as well as the following instrument lessons of guitar, bass, keyboard, and drums at A&G Music in Upper Darby. 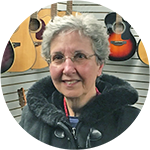 Joanne has been teaching piano since the early 60’s at several music schools, including Metronome Music School, Lynne Music School, and a 20 year career at The Bryn Mawr Conservatory. Joanne has developed her own method for teaching young children, using color-coded fingers and numbers. She is a vocal coach, as well as a choir director and organist at Incarnation Holy Sacrament Episcopal Church. Her styles specialize in, but are not limited to, jazz and pop. Joanne strives to keep her instrument lessons fun and educational in order to keep students interested and motivated. 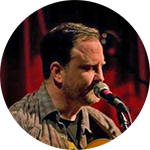 Jack has been playing and performing for over 30 years around the Philadelphia and New York areas, in such places as CBGB, JC Dobbs, and the Stone Pony. It was at Temple University where Jack studied music. He continues to be a student of the instrument while bringing his musical proficiency, appreciation, and personal connection to the guitar into his teaching philosophy. Jack has been teaching for the last 25 years with a mission to motivate, educate, and develop his students’ potential, while maintaining a focus on the simple joy of playing the guitar. 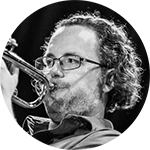 Patrick studied music and classical technique at Temple University. He has been playing trumpet for over 25 years and released his jazz album, “Herevibe”, in 2009. He has performed in many bands around the Philadelphia area including Bobby Zankel and the Warriors of the Wonderful Sound, as well as a 2-year tour worldwide with Melody Gardot, performing at the Ed Sullivan Theater, Abbey Road, Sydney Opera House, and Later with Jools Holland. He continues to perform in various projects with local singer-songwriters, the West Philadelphia Orchestra, and The First Ladies of Rock and Soul, to name a few. His style ranges from, but is not limited to, jazz and big band, ska and reggae, to Balkan dance and folk.

Thanks to people like you, we are in our eighth year of serving the local community with excellent instructors, competitive pricing and personalized customer service.  It is our mission to bring back the hometown feel to the music retail industry.  In our opinion, there is no room for large corporations to interfere with a niche business that requires knowledge and experience.  If given the opportunity, you will find that here.